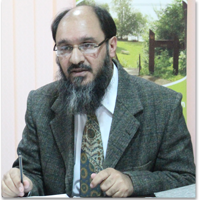 According to conservative estimates, presently only 1% of the total sewerage water is treated whereas the rest of it flows untreated into our canals, rivers and other water bodies and contaminates them.Around 55% of our population uses piped water but its quality is highly questionable. Moreover, only 50% of the solid waste generated in our urban centers is collected and that too is not entirely disposed off through sanitary land fill sites. Within this context of urban growth and the state of service delivery, we are faced with the daunting challenge of delivering quality municipal services to our citizens.

Since its establishment, PMDFC has been working to develop a viable and sustainable frame for the improvement of municipal service delivery. PMDFC has come up with design and implementation phase of the World Bank-funded 'Punjab Cities Program' (PCP) in 16 selected Cities of The Punjab Province to strengthen the participating urban local governments in urban management. After successful completion of the World Bank-funded ‘Punjab Municipal Services Improvement Project (PMSIP)’(2006-2013), PMDFC has managed to not only sustain the interventions introduced under the PMSIP, PMDFC has also ventured into taking up projects of versatile nature. These projects include Elimination of Ponds Project, Rural Waste Management Project (a pilot project of the LG & CD) Department, and Dengue Monitoring Cell of the Data Ganj Baksh Town Lahore. Some important studies conducted for the LG & CD Department cover the areas of municipal finance, water supply, solid waste management, GIS based maps of different municipal services.

I believe that PMDFC has come a long way in establishing its professional standing and its efforts in improving the municipal service delivery are now acknowledged at all levels. However, we realize that in the face of aggravating challenges of the delivery of municipal services innovative solutions are required on sustainable basis and PMDFC is adamant in playing its role towards achieving its goal i.e. ‘Help Build Healthy Cities’.